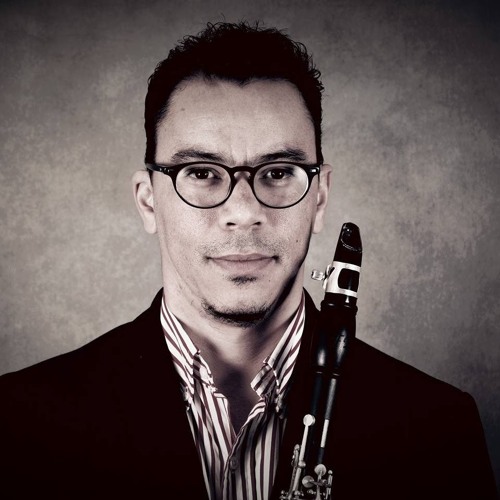 Clarinetist Thiago has an active career as chamber musician, orchestral player and soloist. Awarded in more than ten competitions, including the prestigious "New Talents of Brazilian Music". Thiago has performed in eleven countries, around Europe, South America and North America, including Argentina, Colombia, Belgium, Switzerland, Hungary, Germany, Slovenia, Italy, Switzerland and others.

Performing in venues such Tonhalle of Zurich, Stadt Casino Basel, Radio Nacional in Cordoba, Sala Sao Paulo, Detroit Orchestra Hall and others.  Additionally, he has performed in more than twenty US states, when he resides.

A passionate educator, Mr. Ancelmo served as the clarinet teaching assistant at the University of Iowa from 2013 - 2017, in this function he taught clarinet majors and non-majors, chamber music, led weekly seminars and taught clarinet methods and techniques classes for music ed. students. Besides his teaching responsibilities at UI,  he joined the University of Dubuque as adjunct instructor of clarinet and World Music. He is frequently invited to teach at music festivals and conferences in South and North America. Recently, he led master classes at distinguished music institutions in US, Brazil, Colombia, Canada and Argentina. As a researcher, Mr. Ancelmo present lectures and papers on Penderecki’s music for the clarinet at national and international conferences. Most recently his article “Henry Lazarus: The life and repertoire of a leading English clarinetist of the 19th century” was published in the international clarinet association journal, The Clarinet. He recently participated at the ClarinetFest 2020, presenting a lecture about the music for clarinet by K. Penderecki.

As a performer, Thiago keeps a busy schedule as orchestral player and chamber musician. As orchestral player he frequently performs with the principal orchestras in Iowa, such as: Orchestra Iowa, Des Moines Symphony and Dubuque Symphony, in recent years he has been invited to play with Phoenix Symphony, Sphinx Symphony Orchestra and Akron Symphony Orchestra. He have worked with distinguished conductors, like Kurt Masur, Rodolfo Fischer,  Michael Morgan, Isaac Karabtchevsky, Ligia Amadio and others.  An advocate of the music of our time, Thiago has been involved in many projects to promote new music, both in Brazil, USA and in Switzerland, working with established composers such David Lang, Augusta Read Thomas, Heinz Holliger, Nina Shekhar, David Biedenbender and many others. He premiered works by composers from Brazil, Iran, China, Greece, US, Argentina, Japan. Thiago is a founding member of Khemia Ensemble (www.khemiaensemble.com), a new music chamber group, which mission is to promote the music by living composers. Since 2015, Khemia has engaged in numerous national and internationals tours, performed at prestigious music festivals and held residencies at distinguished universities.  Khemia released its first album “Voyages” in 2016 and will record our second album in 2021. Among the many and diverse group of artists Thiago has collaborated are Garth Newel Piano Quartet, JACK Quartet, visual artist Kuldeep Singh, dancer Jennifer Kayle, photographer Natali Pacheco Contreras, and many others. His solo debut was at age of 16, since then he has constantly appeared as soloist, performing concerti by Weber, Mozart, Mignone, Welcher, Navarro and others.

Mr. Ancelmo is convinced of the social power that music has and how it can change entire communities, bringing people together. In recent years, he has performed in retirement centers, Nursing homes, public schools and hospitals. In 2014, he performed in the “International Women’s day” and Funding Raising Night for Syrian refugees, events organized by the United Nations local office in Iowa City.

Thiago received his Master in Arts in Music Performance with high distinction at the Hochschule fur Musik der Stadt Basel, Basel, Switzerland, where he was recipient of Ruth und Hans Rapp Scholarship. He is a DMA candidate (ABD) in clarinet performance and pedagogy at the University of Iowa, where he was awarded with the Iowa Performance Fellowship, by the Graduate College of University of Iowa. His dissertation topic is about Polish composer Krzysztof Penderecki and his music for clarinet.

Currently, he is instructor of clarinet at the University of Wisconsin-Platteville, where he works with a fantastic group of students and colleagues. On his free time, he enjoys a good conversation with his beautiful and intelligent wife, Margaret. Additionally, reading, running and soccer are true passion for him.