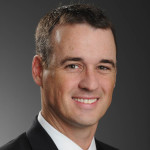 Christopher M. Cicconi is Director of Bands and Orchestras and Assistant Professor of Music Education at Towson University. Conductor of the Towson University Symphonic Band and Symphony Orchestra, he also teaches courses in graduate and undergraduate conducting, methods of teaching instrumental music in secondary education, and is an instrumental music education student teacher advisor.

As a strong advocate for music education and community outreach, Cicconi is in demand throughout the Mid-Atlantic region and is a sought-after guest conductor, clinician, and guest speaker. Upon his arrival in Maryland, he has appeared as a band and orchestra clinician in well over 100 public and private institutions. As a guest conductor, Cicconi has appeared with All-State, All-Region, and All-County Bands and Orchestras in numerous states around the country including Maryland, Pennsylvania, New Jersey, and Georgia. In the summer of 2018, Cicconi will serve as a guest conductor for the internationally acclaimed Sewanee Music Festival and the New England Music Camp.