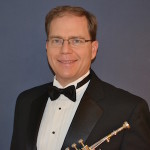 Andrew Willmott, an alumnus of NEMC, is the senior trumpet instructor at the Westport Music Center, where he has been teaching students of all ages and levels of ability since 1996. Mr. Willmott has been on our faculty since the summer of 2011, and is an active performer in the greater New York City area where he plays in a variety of styles from classical to contemporary.

Originally from Westport, CT, Mr. Willmott attended the University of Connecticut where, as a student he performed with their highly acclaimed faculty ensemble, the UConn brass quintet.

Prior to attending UConn, Mr. Willmott attended New England Music Camp from 1979 to 1985, and returned as a counselor in 1986 and 1987. He also received the Semper Fidelis award from the United States Marine Corp, awarded for superior achievement as a soloist. After attending college, Mr. Willmott pursued a variety of playing opportunities, including work with Laco Deczi Cellula, the Glenn Miller Orchestra, Cubistic Jack, the Connecticut All-Star Big Band, and many productions of Broadway shows. In addition, Mr. Willmott currently performs with the Berkshire Jazz Orchestra, A Nordic Sound Jazz Orchestra (under the direction of the esteemed Jens Wendelboe), and the Renaissance Brass Quintet. Mr. Willmott also has twenty four years of experience as a music educator and clinician in Southern Connecticut, where he continues to focus on performance and private music instruction.