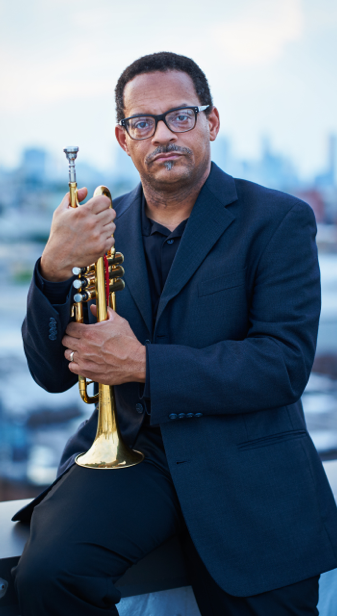 A native of St. Louis, MO, Wayne J. du Maine has been performing successfully in the New York City area for over thirty years. As a trumpeter, Wayne has performed and recorded with such ensembles as the New York Philharmonic, Orpheus Chamber Orchestra, and Orchestra of St. Luke’s. He currently holds the principal chair with the Brooklyn Philharmonic and the American Composers Orchestra.
Mr. du Maine has also led the Hartford Symphony, Brooklyn Philharmonic, and Westchester Philharmonic as conductor of educational concerts. As a trumpet soloist, he has performed numerous concerti with the Concordia Orchestra as well as orchestras from Pittsburgh, Cincinnati, St. Louis, Jacksonville, Springfield (MA), and Mid Coast (ME).
As a longtime member of the Manhattan Brass, Wayne has presented and created numerous educational outreach programs for K­-12 students in the five boroughs, CT, NJ, and PA. He enjoyed his 20 years as a faculty member of Juilliard’s Music Advancement Program, where he led the trumpet ensemble and was founder, music director, and conductor of the MAP Orchestra. He has also taught at Columbia University, Princeton University, Bar Harbor Brass Week, and the Bowdoin Music Festival. Wayne is currently the Director of Bands at the Elisabeth Morrow School in Englewood, NJ, where he leads the Jazz Ensemble, Concert Bands, Jazz Quintet, Rock Band, and Trumpet Ensemble.