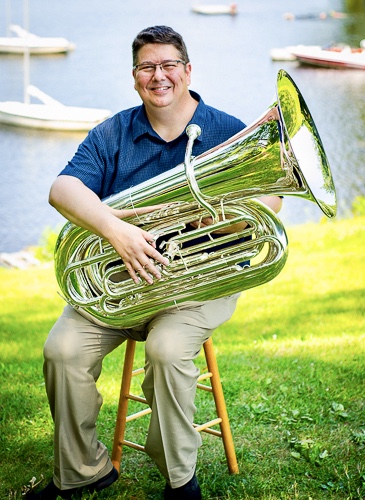 Mr. Kitchner is a former student of the Late Donald Stanley, Late Harvery Phillps, Dave Unland, and others. He has performed at the first International Tuba-Euphonium Conference in Riva del Garda, Italy. and the New England Area.  He was a performing member of the First Glasnost Ballet Company after the Cold War, toured with Lorrie Morgan on her Merry Christmas from London CD Tour, principal Tubist of the Utica Symphony, Catskill Symphony, various Brass Quintets, and founding member of BOB (Big Ol’ Brass) Tuba Quartet.

Prior to his position in Westport, he was an adjunct professor at Binghamton University where he directed the University Wind Ensemble and Pep Band. Throughout his career he has been a NYSSMA and CTMEA Adjudicator for Regional and All State festivals, guest conductor, and a clinician.