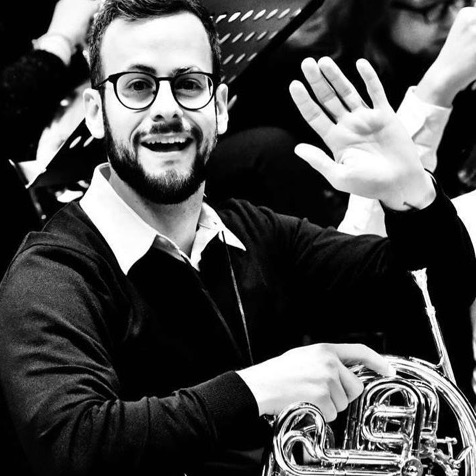 Christopher Brigham is an American horn player currently living in Germany. Christopher first obtained his bachelor's degree from the Hartt School of the University of Hartford in 2013, where he studied with David Wakefield and Susan Spaulding.

In 2011 he spent his summer studying with the international soloist Frank Lloyd in Essen, Germany. He then continued on to do his Masters in Solo Performance with Mr. Lloyd and completed his Master’s degree in 2014.  Christopher is now pursuing a Masters in Orchestral Performance at Orchesterzentrum/ Hochschule für Musik in Detmold, Germany with Prof. Norbert Stertz.

While studying, Christopher has been kept busy with a very active freelance career.  He has played concerts in multiple countries including Belgium, China, Finland, France, Germany, Sweden, Switzerland and the USA.  He enjoys an eclectic career of chamber music (including performing with the American Horn Quartet), orchestral playing around Europe, several operas/operettas/musicals as a member of Kammeroper Köln (including a three week run of the musical “The Physician” in Deutsches Theater in Munich) and has just completed a three week tour in China. Christoper is also an active teacher at the Sauerländer Horn Weekend in Bad Fredeburg, Germany and is an up-and-coming conductor.

Christopher was a camper of NEMC in the summer of 2007.  In his free time, Christopher enjoys exercising, cooking, traveling the world, and playing chamber music with friends.  Christopher performs on an Alexander 103 horn.