to march in the Macy's Thanksgiving Day Parade 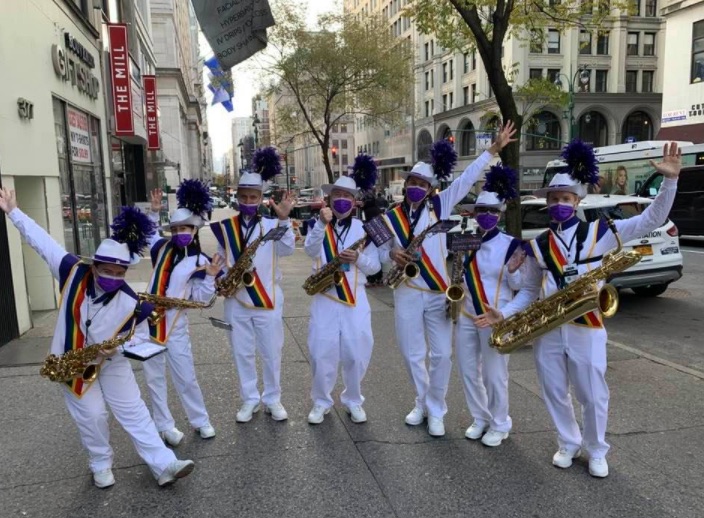 Steve McClure, an NEMC alumnus from 1958-62, shared this exciting news in the midst of 2020’s crazy and unique Thanksgiving celebrations.

“We're overjoyed to announce that the Lesbian & Gay Big Apple Corps will play in the 2020 Macy's Thanksgiving Day Parade on Thursday, November 26. We’ve been holding (socially distanced!) outdoor rehearsals and taking all necessary medical protocols to ensure we make it to Thanksgiving in the best of health, ready to play for the performance of a lifetime and our biggest audience yet--over 50 million television viewers! The LGBAC has the honor of being one of the performers representing our city that has been through so much this year. And we are honored to be the first LGBTQ+ band ever to march in the parade, since its start in 1924. Tune in on Thanksgiving morning as we make history!”

Following the parade, Steve sent along this message:

“When Marita, our music director, told us about the Macy's invitation, with enormous excitement, I thought, yeah, sure, ok, like, whatever. I love playing with the band on any gig, and this one might be a bit better than the others. But I have not been a big fan of the super commercial, over-produced Macy's parade. Marita kept it up: think how important this will be to kids across the country, to homophobes who need to wake up and smell the 21st century, to gay and questioning folks who need something cheerful this year, and most importantly, to potential band members! Yada, yada yada. I thought she was, as usual, a bit too enthusiastic.

Boy, was I wrong.

The twitter feed is amazing. Tweets from the people Marita was talking about, from critics, from haters, from kids surviving Thanksgiving with parents thanks to us, from people who had no idea there was a gay marching band, from lots of people who want to join one.”

Congratulations for being part of history, Steve!! 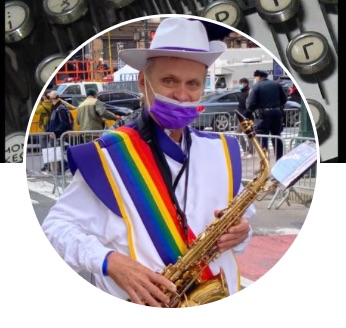