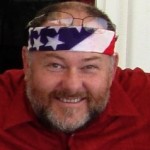 Michael McCarthy has spent the last twenty-eight summers teaching at the New England Music Camp. He is a freelance choral conductor, adjudicator, clinician and accompanist in the New England/New York area. Choral groups under his direction have been invited to perform at MENC Eastern Division conferences and ACDA state conferences.