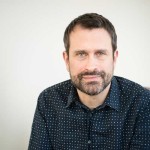 Daniel Sonenberg is a composer, performer and educator living in Portland, Maine. His opera The Summer King, on the life of Negro League baseball great Josh Gibson, received its concert world premiere in 2014 in a performance presented by Portland Ovations and co-sponsored by the University of Southern Maine. The fully-staged World Premiere was presented by Pittsburgh Opera on April 29, 2017, starring baritone Alfred Walker and mezzo soprano Denyce Graves. Michigan Opera Theatre will present a second fully-staged production in May 2018. Mr. Sonenberg’s short one act opera Girl in Six Beats, with a libretto by seven high school students, was commissioned by Opera Maine as part of an initiative with The Telling Room and the University of Southern Maine.

It will have its World Premiere at USM in April 2018. His 11 Minute Fantasy (2017), for solo piano, was commissioned by the Maine Music Teachers Association and premiered by Annie Antonacos in Concord New Hampshire in October 2017. Other recent performances include Opera America, the Da Capo Chamber Players, American Opera Projects, percussionist Lynn Vartan, Fort Worth Opera, members of the Portland Symphony Orchestra and numerous others. In the past several years he has also been active as a rock musician, releasing a solo album, Peaks Island Ferry, in 2014, and both an E.P. (The Bear (2013)) and full length album (Long Overdue (2015)) with his band Lovers of Fiction. He is Professor of Music at the University of Southern Maine, where he has taught since 2004.

What would you recommend most?

The relaxing atmosphere and sense of community really inspires creativity

The relaxing qualities and small group dynamic of the workshop

The immersion alongside a bunch of other composers