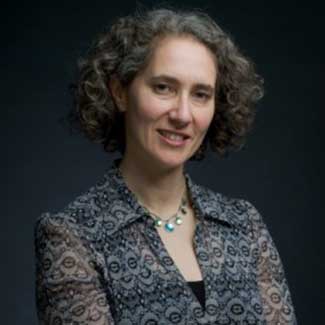 Pianist Sara Laimon is an active performer in both solo and chamber music.  She has performed in Canada, the United States, England, France, Italy, Japan, Mexico, and Poland, and has represented the U.S. Information Agency as an Artistic Ambassador in India and Nepal.

Sara is founding member and co-artistic director of the acclaimed New York based group Sequitur, former pianist for Ensemble Contemporain de Montreal, and has been guest artist with numerous other ensembles and festivals. As a sought after performer of new music, she has worked with such composers as Ligeti, Berio, Bresnick, Kirchner, and Matalon as well as performing and recording music of many younger composers. The NY Times has hailed her “a commanding and confident player with a strong technique and an ability to find the drama and wit in works that often had daunting surfaces”, and a performer with “a sense of knowing exactly where she wanted to go: music-making as intelligent as it was technically proficient.”   Ms. Laimon has recorded for CRI, Capstone Records, North/South Recordings, MODE records and Albany Records.  Her most recent recording on Disques XXI/21 features the Horn trios of Brahms and Ligeti with colleagues Jonathan Crow and John Zirbel.  Her repertoire ranges from the Baroque through to the 21st century.  Recent projects have included Ives’ Concord Sonata, Rzewski’s De Profundis, Schoenberg’s Pierrot Lunaire (in a staged version) and Brahms Piano Concerto #2.  She is a frequent performer on CBC and has also been heard on radio broadcasts from summer performances at Marlboro, Tanglewood and Banff.  Born in Vancouver, Sara is a graduate of the Vancouver Academy of Music, the University of British Columbia, Yale School of Music and SUNY Stony Brook where she received a DMA under Gilbert Kalish. Ms. Laimon was a member of the piano faculty at the Yale School of Music (1990-2000) and the University of Manitoba (2000-2001) before joining the Schulich School of Music of McGill University in 2001 where she is currently Associate Dean, Professor of Piano, and a Resident Faculty Fellow with IPLAI (the Institute for Public Life of Arts and Ideas).  She lives in Montreal, Quebec with her husband and two daughters.