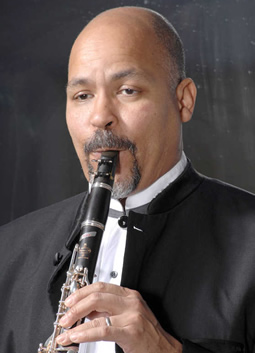 Winner of the international Concert Artist Guild competition Eric Thomas is an active performer, a virtuoso clarinetist who has appeared as a guest artist with several groups including the internationally acclaimed Apple Hill Chamber Players (N.H.), the Sylvan Winds of New York City, the Boston Pops Traveling Ensemble, the Bravo! Festival at Vail, the Wellesley Composers Conference and the Cabrillo Contemporary Music Festival.

As a composer, his most recent commissions have come from the Sonad Project, Colby College Symphony Orchestra and pianist Ilya Friedberg. Eric has has been a guest lecturer/performer at several colleges and universities including Brown, Harvard, Boston University, Boston Conservatory of Music and Duke. Presently, Mr. Thomas is Director of Music at the Putney School in Vermont and adjunct faculty at University Maine Augusta.