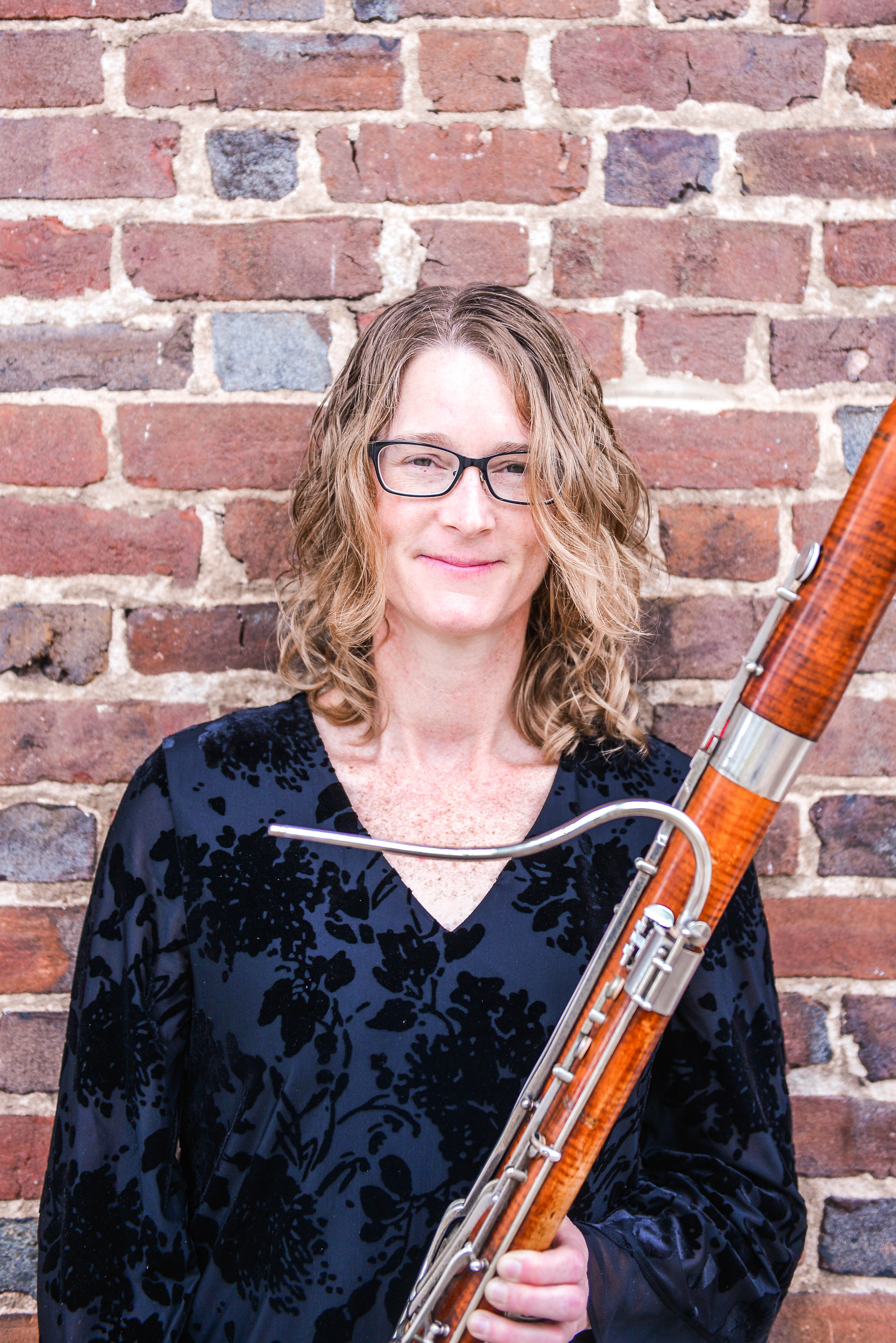 Elizabeth Roberts, Principal Bassoon and Director of Youth Education for the Charlottesville Symphony since 2001, joined the faculty at the University of Virginia the same year. She became a member of the Virginia Symphony Orchestra as their contrabassoonist in 2017, and has played Second Bassoon with the Williamsburg Symphony Orchestra since 2015.

Ms. Roberts was the Visiting Assistant Professor of Bassoon at the University of Missouri for the 2013-2014 academic year. She freelances on bassoon and contrabassoon with the Philadelphia Orchestra, National Symphony Orchestra, Richmond Symphony, Washington National Opera, and Baltimore Symphony. Ms. Roberts joined the faculty of the New England Music Camp during the summer of 2017. She was a 2008 Virginia Governor’s Award for the Arts nominee, and has given world premiere performances of works by Arthur Weisberg, Bernard Rands, Barbara York, Gary Schocker, and Walter Ross. Ms. Roberts has performed as a soloist with the Charlottesville Symphony, the Roanoke Symphony, the Harid Conservatory Orchestra and the Waynesboro Orchestra.  Ms. Roberts earned a Bachelor of Science in Early Childhood Education from the University of Illinois, a Professional Studies Diploma and a Bachelor of Music from the Harid Conservatory, and a Master of Music from the University of Southern California, where she was elected to both Pi Kappa Lambda and USC Presidential Fellows, and received the Dean’s Special Commendation. Her principal teachers were Arthur Weisberg and Stephen Maxym.