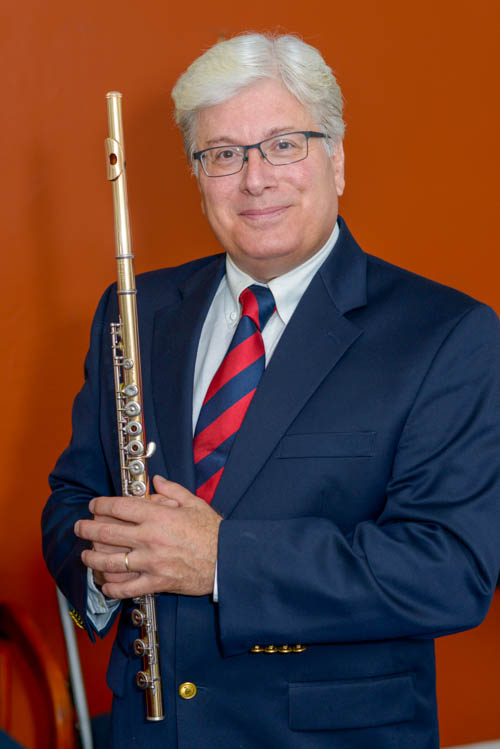 Flutist Joseph Piscitelli made his solo debut at the notable age of sixteen, performing at New York’s Town Hall and Alice Tully Hall. A graduate of New York’s High School of Performing Arts, Mr. Piscitelli continued his studies at Queens College and obtained a BM and MA as a student of Ransom Wilson and Robert Stallman. He spent summers in France under the tutelage of Jean-Pierre Rampal and Alain Marion and earned a Certificate from the Conservatoire de Nice.

As a busy freelancer, Mr. Piscitelli performed regularly with The New York Chamber Orchestra, Solisti New York, Music Sacra, Long Island Philharmonic and Philharmonia Virtuosi as well as Broadway’s Les Miserables. He has toured the US, Canada, Europe and Mexico extensively and has made numerous radio and television appearances and recordings.

As a winner of The Artists International Competition, he performed at New York’s Weill Recital Hall to critical acclaim. The New York Times hailed his playing as “ endowed with a sense of charm and a great deal of inherent musicality.”

Mr. Piscitelli has served on the faculties of Manhattan School of Music,Queens College, Pace and Hoff-Barthelson Music School in Scarsdale.

“We were delighted that he was selected to perform in the honor recital and was a featured soloist in the Pops concert. Mr. Schmearer is a wonderful conductor and a great inspiration to my son. I love the family feel of this camp and the support all the kids give to one another.”