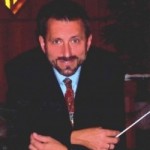 World Premieres include creating the roles of “Creon” in Medea (Ray Luke/Rockefeller Foundation Grant), “Cadmos” in The Bacchae (Theodore Antoniou/Athens Festival Greece), “The Father” in The Juniper Tree (Phillip Glass/American Repertory Theatre) and “Stumpy” in the musical The Luck of Roaring Camp (Lubben Brothers/PBAU Theatre).