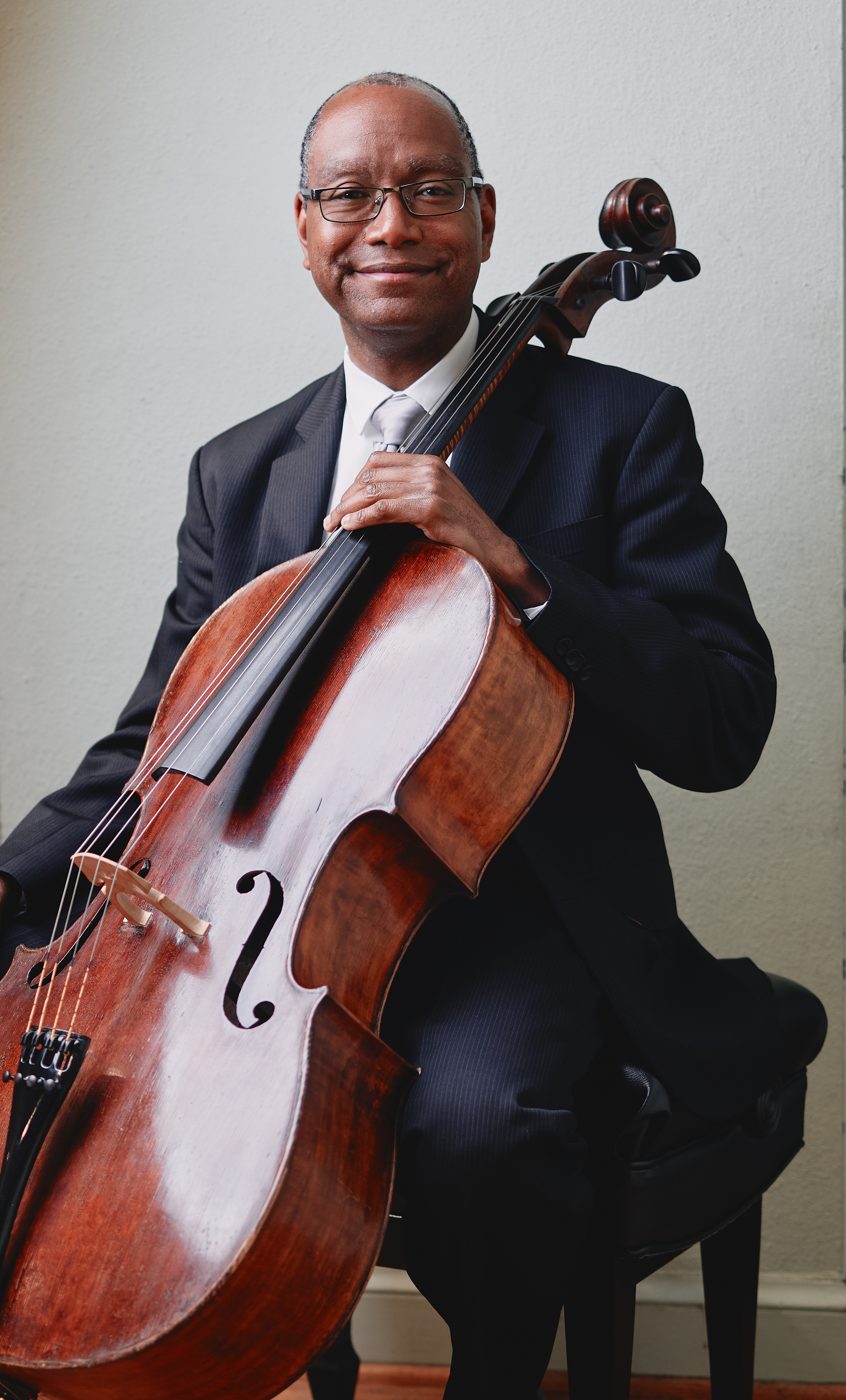 A native of Columbia, SC, Cellist Kenneth Law enjoys a diverse career as performer, teacher and author.  He is a member of the Main Street Chamber Players and Trio Peridot.

In addition to performances abroad as soloist and recitalist, his chamber music performances include appearances at the Washington Performing Arts Club and German Embassy in Washington, D.C., the Kennedy Center’s Terrace Theater, the Metropolitan Museum of Art, Jazz at Lincoln Center Concert Series (Ritz Chamber Players), and Alice Tully Hall in New York City. Mr. Law has also performed in England, France, Scotland, Panama and Puerto Rico as a member of the Converse Trio. He has collaborated with such artists as Earl Carlyss (Juilliard String Quartet), Michael Tree (Guarneri Quartet), Ying String Quartet, Norman Carroll (concertmaster emeritus, Philadelphia Orchestra) and violinist Diane Monroe, and has recorded orchestral and chamber music for Albany Records, and the New Albion and Telarc labels.

In March of 2006, Mr. Law was featured on the nationally televised NAACP Image Awards as a member of the Ritz Chamber Players.  Mr. Law gave his first performance at the Piccolo Spoleto Music Festival in Charleston, SC, as a member of the Converse Trio, and subsequently as a member of Ensemble Argos and the Polaris Piano Trio.  Mr. Law currently maintains a large private studio in Fairfax.  His students have been accepted to the Peabody and Oberlin Conservatories, Cleveland Institute of Music, Indiana University (Bloomington), Florida State University, Cincinnati College-Conservatory, Catholic University, University of South Carolina, University of North Carolina School of the Arts, and other respected schools of music throughout the southeast.  Prior to his move to Fairfax, He served on the faculty of the Petrie School of Music at Converse College in Spartanburg, South Carolina. During his 15 years at the Petrie School, he served as Associate Professor of Violoncello, Chair of the Performance Department, Chair of the Music Curriculum Committee, and Assistant Dean. He is a past president of the South Carolina Chapter of the American String Teachers Association, and received the 2010 Studio Teacher of the Year Award from this organization.  He recently received the 2017 Outstanding String Teacher Of The Year Award from the Virginia String Teachers Association as well.

Along with co-author Dr. Christina Placilla, the publication, We Are The Music Makers: Volume I: A Graded Guide to Chamber Music- String Quartets was published in 2013, and is the first in a multi-volume set that will cover the myriad combinations of chamber music.  The guide serves as a resource for chamber music coaches when needing to assigning repertoire to an ensemble whose individual members are of varying levels of proficiency.

Mr. Law received undergraduate and graduate degrees in performance from the Eastman School of Music and Cleveland Institute of Music, and a Graduate Performance Diploma from the Peabody Conservatory.  He was also a chamber music fellow at The Juilliard School.  For several summers, Mr. Law was a participant in the Aspen Music Festival’s Center for Advanced Quartet Studies, and was coached by the Cleveland, American, Muir, Cavani, Orion and Emerson String Quartets.  As a participant in the Norfolk Chamber Music Festival, he was coached by the Tokyo Quartet, Claude Frank, Aldo Parisot, Gyorgy Pauk, and Nobuko Imai.  During the summer, Mr. Law has served on the faculties of the Summit Music Festival, Five Seasons Chamber Music Festival in Cedar Rapids, Iowa, and  Colour of Music Festival in Charleston, SC.  Currently, he is a faculty member of Cellospeak, a summer workshop for adult students of cello, and was elected to serve on the Board of Directors of NIMAN, the National Instrumentalist Mentoring and Advancement Network, dedicated to strengthening the trajectory of classical instrumentalists of color throughout the United States.