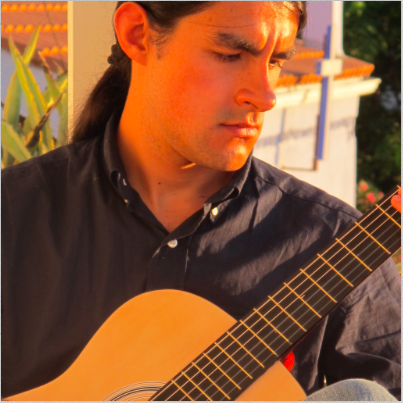 His prizes included concerts in several different national cities as well as an invitation to participate in the New York Guitar Seminar at Mannes in 2008.  An avid chamber musician, Daniel performed more than 40 concerts in the Philharmonic Orchestra of Bogota’s outreach concert series as a member of the Quarteto + 1, a guitar and clarinet quintet. Now part of the 8 Cuerdas Duo with soprano Sarah Cullins, Daniel is focused on 20th-century Latin-American works. The Duo has performed various concerts in Colombia, North Carolina and in Vermont. Aside from his current activity he plays with grammy winner and musician extraordinaire Ray Vega in Son de Los Montes, guitarist Francis Andreas in the Gaviria & Andreas Guitar duo, Cynthia Braren and Marcie Hernandez. He is also a trained Suzuki-method guitar teacher of all ages and holds an Arts Administration post-graduate degree from the Universidad del Rosario in Bogota.