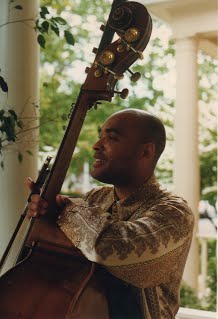 T. Alan Stewart is a freelance musician in Baltimore and Washington, DC area. He is the principal bassist with the Williamsburg Symphony under the direction of Janna Hymes, and was appointed the principal bass with the Roanoke Symphony Orchestra in September 2017.

Alan attended the North Carolina School of the Arts in both the High School and College divisions, and later attended graduate school at Arizona State University where he studied with Dr. S. Daniel “Doc” Swaim.

Alan was a member of the New Mexico and New World Symphony Orchestras. After being awarded a post-graduate fellowship with the National Symphony Orchestra, he relocated to the Washington, DC area. He played and toured full-time under the direction of Mstislav Rostropovich, and coached with then-principal bassist, Harold Robinson. Studying under Hal, working with the NSO bass section, and performing with the NSO under Rostropovich molded Alan as the musician he is today.

He has toured with the NSO, the Baltimore Symphony, and New World Symphony. He has played in countries and cities across the world: Rome; Sienna; Florence; Spoleto; the Baltic Republics; Moscow; St. Petersburg; Japan; China and Taiwan; Hong Kong; Mexico; Canada; and Bermuda.

He performs on two instruments. His personal orchestra bass is a 1985-Horst Grünert a copy of an instrument made by Vincenzo Panormo. His solo/chamber music bass was made by Richmond Symphony bassist/luthier, Romano Solano.

Alan and his husband, Andrew, live In Baltimore with two cats: Miss Ruby and Dottie. They love cooking and entertaining; hiking; tubing; and biking. Alan speaks fluent Italian and some Spanish, and has a life-goal of speaking Spanish, French and German, in addition to Italian.