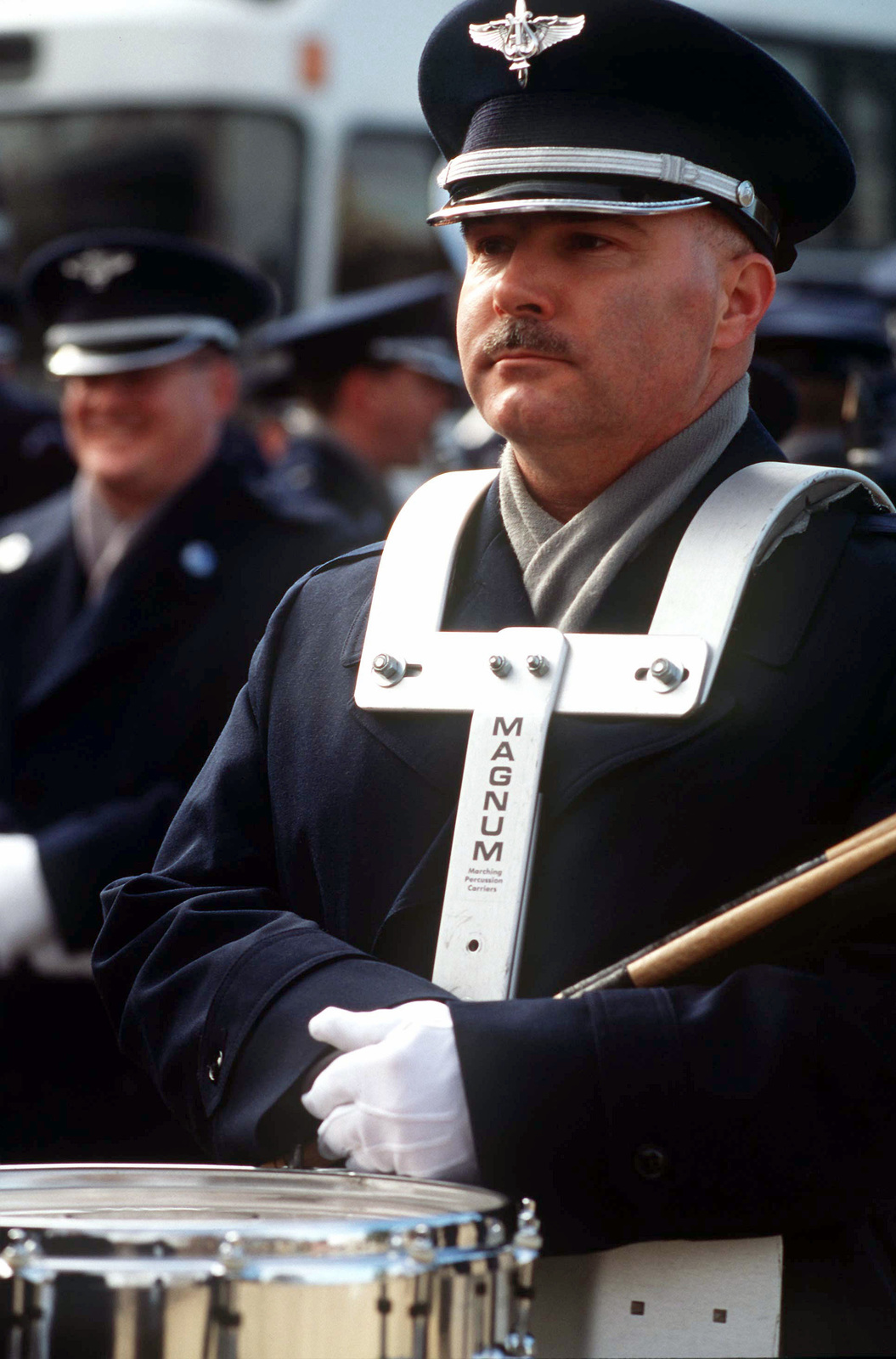 Aubrey V. Adams retired with honors in November 2001 as principal percussionist and section leader for the United States Air
Force Band in Washington, D.C. after over 21 years of service. He has performed in the Kennedy Center and Carnegie Hall with the National Symphony Orchestra. He has performed regularly with the Fairfax Choral Society; the Maryland, Annapolis, Fairfax, Prince William, Alexandria and Richmond Symphony Orchestras; the National Philharmonic, Washington and Manassas Ballets, Washington and Virginia Operas, and Washington Bach Consort.

Mr. Adams has performed on local and national TV broadcasts as well as numerous major publishers’ recordings of concert band repertoire. He can also be heard on recordings of the U.S.A.F. Band and Orchestra, Capitol Winds, Meredith Publications, and Garwood Whaley’s’ Recital Duets For Snare Drum. Mr. Adams’ signature sound can be heard in the reference recordings of all 40 Percussive Arts Society International Drum Rudiments found in the online PAS Resource Library. He is published by Pioneer Publications and has been endorsed by the Vic Firth Company.

Mr. Adams is former adjunct faculty at the University of Maryland, George Mason University and Columbia Union College. He served as percussion instructor for the Royal Guard of Oman. Mr. Adams adjudicates throughout the state of Virginia for solo and ensemble festivals, district band and orchestra auditions. His private percussion students frequently earn All-District and All-State honors. Several former students are now professional performers and clinicians. Mr. Adams resides in Herndon, Virginia, with his wife Patti and son James.

“We were delighted that he was selected to perform in the honor recital and was a featured soloist in the Pops concert. Mr. Schmearer is a wonderful conductor and a great inspiration to my son. I love the family feel of this camp and the support all the kids give to one another.”