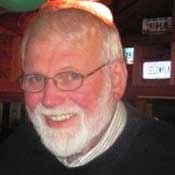 Bill Schmearer is the former Supervisor of Music for the Spring-Ford Area School District located in Montgomery County, Pennsylvania.  While at Spring-Ford he also served as Director of the Symphony Band, Jazz Ensemble and Marching Band at the senior high school.  Schmearer is a 30 year faculty member at the prestigious New England Music Camp, located in central Maine, where he serves as Director of Jazz Studies.  He is a member of the Advisory Board for NEMC.  For many years he conducted the Concert Band at the camp.

Schmearer is recently retired as Associate Conductor of the Pottstown Symphony Orchestra.  During his tenure he founded and conducted the Symphony Singers as well.  For many years Schmearer performed as a Jazz Pianist in Philadelphia, Baltimore and New York – many of those years as a member of the Mike Solick Quartet.  Mr. Schmearer is a frequent guest conductor in the Mid-Atlantic and New England regions.  He serves as an adjudicator for the Cavalcade of Bands Jazz division and adjudicates other independent music festivals. As a clinician he presents workshops at the university level.

Schmearer has degrees in Music Education and Conducting.  His professional associations include Phi Beta Mu, Phi Mu Alpha Sinfonia, MENC and PMEA.  He is a Past President of District 11 PMEA and he is a charter member of the Rotary Club of Twin Valley(PA) and a Past President of that organization.