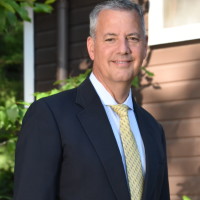 He served for over 20 years with The United States Air Force Band, performing at the White House, Vice President’s residence, State Department, Pentagon and other high level venues. Additionally, he served as Chief Flight Arranger, Director for Audience Development and Director of Alumni & Veterans Affairs. Promoted to the rank of Senior Master Sergeant in just eight years, Bill returned to school and received an Arts Management degree from George Mason University. As Manager of the USAF Strings, he created and marketed a string orchestra concert series that showcased the ensemble at the Kennedy Center, National Gallery of Art, Smithsonian Institution and other historically significant performance sites throughout the DC area. He conceived of, and programmed the well-received orchestral CD, “An American Dream,” which received favorable reviews and was featured on NPR’s “Performance Today.” Bill enlisted in 1996 and was appointed principal second violinist of the US Air Force Symphony Orchestra. After 9-11, he cross-trained and served as a Command Post Controller during OPERATION IRAQI FREEDOM. He is the recipient of two Meritorious Service Medals, Commendation Medal and two AF Achievement Medals.

Originally from Underhill, Vermont, Bill left high school at age 16 to attend the Oberlin College Conservatory of Music, where he received a Bachelor of Music in 1983. He graduated from Yale University in 1985 with a Master of Music degree. Additionally, he was a scholarship student at Aspen and Tanglewood music festivals, and concertmaster at both the US and Italy Spoleto Festivals. His former teachers include Louis Fink, Stephen Clapp and Paul Kantor.

Prior to joining the Air Force, he was an Assistant Professor of Music at Earlham College where he taught counterpoint, music theory, violin and conducted the college/community orchestra. Additionally, he was also concertmaster, orchestra contractor and member of the Whitewater Opera Board of Trustees. Prior to that, he taught at Phillips Academy (Andover) and played with the Boston Pops-Esplanade Orchestra and the Boston Lyric Opera. In 1990 he was a Visiting Fellow at Trinity College, Cambridge University. He is published and recorded by GIA, Chicago.

Bill is part of a long association of Tortolano’s at NEMC. He and his siblings were campers, his father guest conducted the Chorale and he and his wife, Mary Ann were faculty members in 1988 when he conducted the Concert Orchestra. Mary Ann has been on the faculty since 2004. Their children (Will, Julianne & Joey) have been campers and Will was also a counselor.