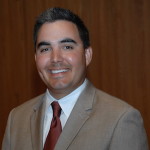 In addition to his formal teaching positions, he is highly in demand as a clinician, adjudicator and conductor. His recently completed residencies include Duke University, the University of Georgia, Western Washington University, and the University of Puget Sound. In 2017, Staub guest conducted the World Youth Wind Orchestra Project in Schladming, Austria.

Dr. Staub joined the faculty at the New England Music Camp 2015. He serves as conductor of Symphonic Band and teaches conducting, theory and coaches chamber music.