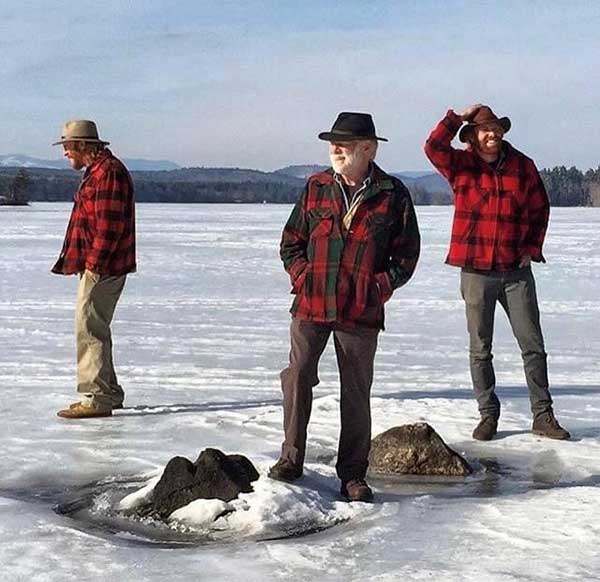 Dinner(Serving begins at Doors Open):
*Serving will be done in Alumni Hall or off the porch depending on weather*
The Snow Pond Grill is Back! Come at the doors open to get a fresh off the grill dinner served by our in house culinary team!
Burgers, brats, and quesadillas will be hot and ready to go; all served with chips and a side pickle! (Veggie Burgers will also be available)
No ticket needed in advance, pay right at the Snow Pond Bar! (Cash & card accepted)

This family will break generational barriers and join us for one awesome night together. Two rockin sons with the father of folk, and three great songwriters.

Singer-songwriter, David Mallett, is one of America’s true original troubadours. In a career spanning four decades, he has recorded 17 albums, had several hundred covers of his songs, including the American folk classic Garden Song [Inch by Inch, Row by Row] and performed in clubs, concert halls and festivals across the US, Canada and Europe. He has appeared on numerous broadcasts, including National Public Radio’s A Prairie Home Companion. Known for his carefully written, poetic offerings, his body of work has provided material for an eclectic list of artists that includes Alison Krauss, Pete Seeger, Hal Ketchum, Emmylou Harris, John Denver and the Muppets.

The Mallett Brothers/Duo Luke and Will are strong songwriters with a county alt edge. Mot days they are with their indie rock and roll / Americana / country band that is all Maine. Their busy tour schedule since forming in 2009 has helped them to build a dedicated fan base across the U.S. and beyond while still calling the state of Maine their home. Theirs is a musical melting pot that's influenced equally by the singer/songwriter tradition as by harder rock, classic country and psychedelic sounds.