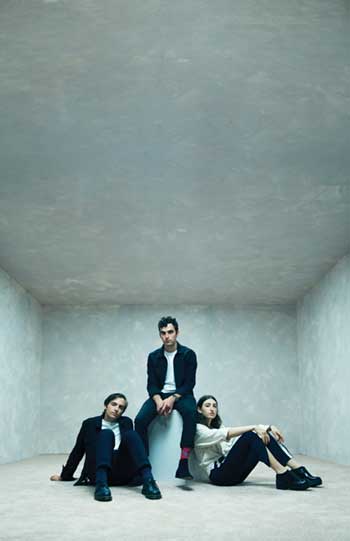 BAILEN’s otherworldly musicality springs from a very deep well, in fact, it’s in their DNA. Raised in New York by their classical musician parents, Daniel, David and Julia grew up surrounded by music. Their debut record, Thrilled to Be Here, was released on Fantasy Records and produced by Grammy winning producer, John Congleton (St. Vincent, The War on Drugs). Rolling Stone Magazine’s review of Thrilled to Be Here wrote “Bailen conjures CS&N, Fleetwood Mac and TLC on an impressive debut” and their song “I Was Wrong” reached the top 10 on Billboard’s Adult Alternative Chart.  Their album garnered praise from artists of all generations including David Crosby, James Taylor and Hozier, who took them as his opening act on his 2019 U.S tour. NPR voted their song “Something Tells Me” #5 on the Best Songs of 2019, and Spotify included it on their list of best alternative songs of the past decade. Bailen has also toured with Amos Lee, Grace Potter, Joseph, Local Natives, The Lone Bellow and AJR as well as worked with, Raul Midon, Burt Bacharach, Bill Withers, and Jonathan Batiste. They have performed their music on CBS this Morning, The Today Show as well as the BBC’s Dermot O’Leary’s Radio2 and The One Show. They have also produced music for Hulu’s “Looking For Alaska” and FX’s “Son’s of Anarchy.” They are currently working on their 2nd LP with producer Brad Cook (Bon Iver, Snail Mail). 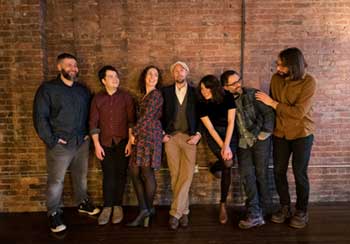 Blending rich vocal harmonies with lush orchestrations, Goodnight Blue Moon has created a sound that is steeped in tradition, yet entirely current.  GNBM is known for their energetic, honest, and dynamic live performances, offering a refreshing take on Americana roots music.

​Awarded Best Roots Act in the 2016 New England Music Awards, and Best Folk/Traditional Act in the 2018 and 2013 Connecticut Music Awards, Goodnight Blue Moon has cemented their place as one of New England's premier groups. They have shared the stage with indie-folk heavyweights Hurray for the Riff Raff, Spirit Family Reunion, Wild Child, Joe Fletcher and the Wrong Reasons, and Mother Falcon among others, in addition to creating a diverse and devoted following of their own.  Goodnight Blue Moon has been regularly featured on WNPR's Where We Live and NEXT with John Dankosky.  Their festival credits include CT Folk Festival, LAUNCH Music Festival, MUSIKFEST, Podunk Bluegrass Festival, I AM Festival and Block Island Music Festival.  Goodnight Blue Moon's third studio album Dawning Dream was released April 2018. 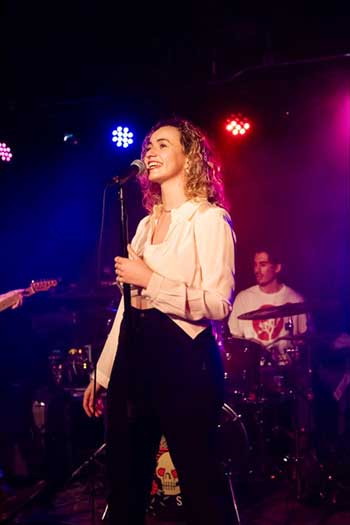 Rebecca McCartney was raised by a family of musicians and nerds, now with her own sound and much to say. Growing up immersed in NYC’s classical music world -- thanks to her mom’s career as a clarinetist -- she learned the joy of collaboration and the energy of live music.

Writing songs throughout her childhood catapulted her into the city’s teen music scene and eventually led to the release of an indie-folk record under the duo name garden party (2020) with her close friend, Jakob Leventhal.

Now, after a college career studying jazz and playing in an R&B band, McCartney returns to NYC with a genre-pushing debut ep, how you feel, set for release in late 2021. Calling on diverse influences of D’Angelo, Norah Jones, Joni Mitchell, and Lianne la Havas, the new ep generates an edgy, ethereal sound that celebrates McCartney’s buttery vocals and absorbing lyrical insights.

Thank you to our Sponsors!