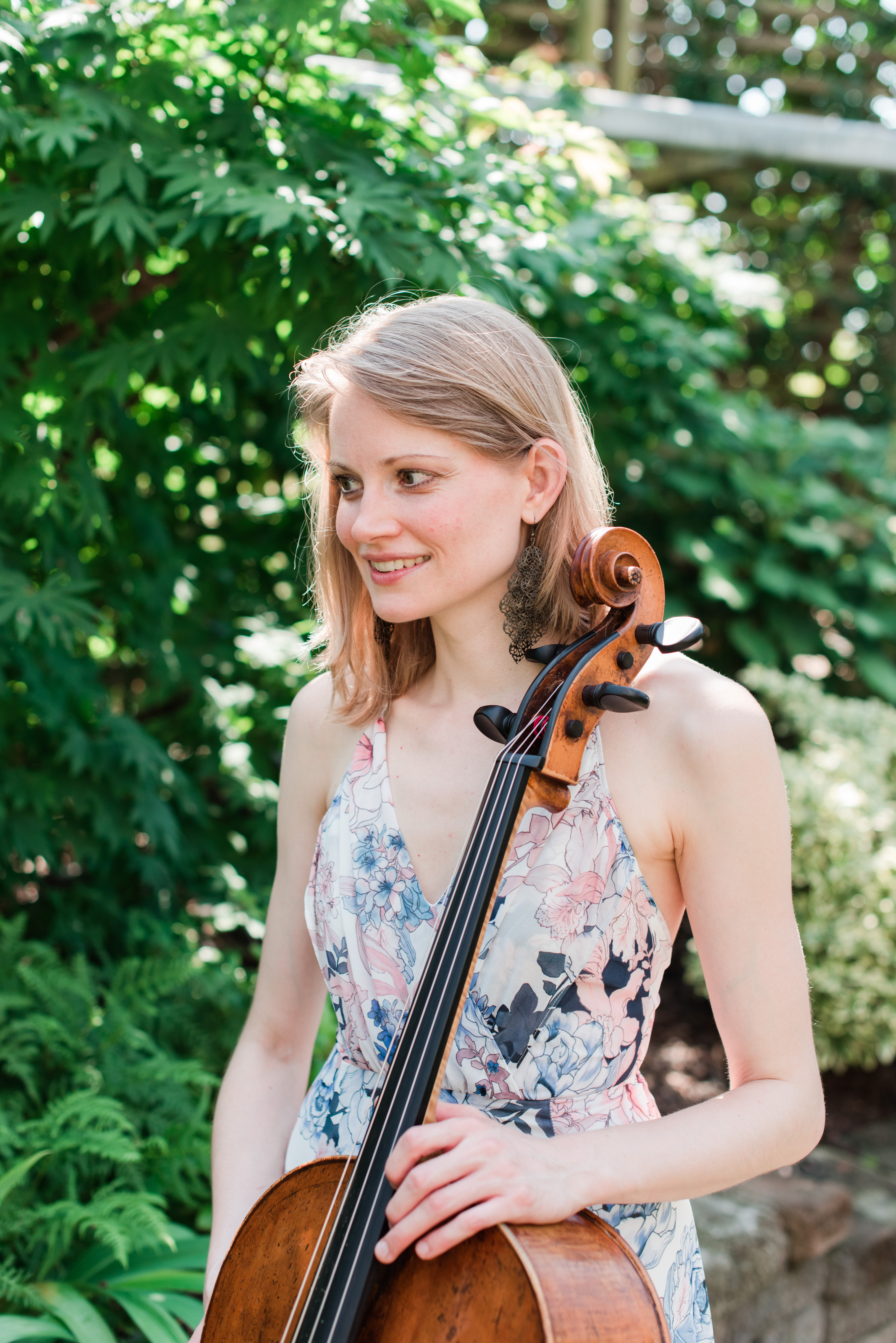 An avid chamber musician, cellist Kirsten Jermé has appeared internationally from Harlaxton College in England to the National Gallery of Art in Washington, D.C. to the Accademia Chigiana in Siena.  Formerly cellist of the Larchmere String Quartet, she performed across the U.S., Canada and Italy and recorded for Naxos while serving as Eykamp String Quartet Faculty Artist-in-Residence at the University of Evansville and principal cellist of the Evansville Philharmonic.  As a freelancer in New York, she has performed at Carnegie, Weill and Zankel Halls, the Joyce Dance Theater, Madison Square Garden, Le Poisson Rouge and the United Nations.  She recently created a series of quartet concerts at the Cell Theatre in Chelsea with Atrikk Ensemble and has appeared on series including Dame Myra Hess in Chicago, Electric Earth Concert Series, the Kitchener-Waterloo Chamber Music Society, Chamber Music Raleigh, the Strad for Lunch Recital Series, and the Coffee and Classics Series in Evansville, which she co-founded and curated.

Kirsten served as cello faculty at North Carolina State University and has given masterclasses at universities including UNC-Chapel Hill, Otterbein and Western Kentucky University.  Passionate about chamber music pedagogy at all levels, she helped launch a chamber music course at the University of Evansville and run a string quartet mentorship program for the Evansville Philharmonic Youth Orchestra, and has been on faculty for the North Carolina Chamber Music Institute and Kidznotes in addition to teaching at New York institutions including Greenwich House Music School, Frank Sinatra High School of the Arts and 92nd Street Y.  She also served as Director of the Honors Chamber Music Division for the Lamar Stringfield Music Camp in Raleigh.

Kirsten received her M.M. at Eastman School of Music as a pupil of Steven Doane and her B.A. from Stony Brook University, where she studied with Colin Carr.  She is currently pursuing her D.M.A. at the CUNY Graduate Center in New York City as a pupil of Marcy Rosen, and serves as an adjunct at Brooklyn College.