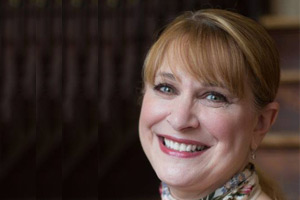 Mary Robare is a dance teacher, choreographer, and former Broadway performer. A graduate of the famed LaGuardia High School of Performing Arts in New York City, she performed on Broadway in Little Me, On Your Toes, Wind in the Willows and Singin’ in the Rain; in National Tours of A Chorus Line, On Your Toes, and Nunsense (reprising the role she originated in the first full-length production); in the MGM movie, Those Lips, Those Eyes; as a soloist with the Garden State Ballet, and in numerous industrial shows and television commercials. She worked as Randolyn Zinn’s assistant choreographer on Broadway and at the New York City Opera, and served as a dancer, dance captain and assistant to the legendary Agnes de Mille during pre-production of her ballet, The Informer, which was premiered by American Ballet Theatre at the Metropolitan Opera House.

Since moving to Virginia, Robare has been a Dance Instructor and Performing Ensemble Director for youth at Shenandoah Conservatory Arts Academy (SCAA). She choreographs Handley High School’s ninety-member show choir for their Apple Blossom Festival program; has choreographed dozens of middle and high school productions; and she is a popular guest teacher and choreographer around the region.

Currently teaching Ballet, Jazz and Musical Theatre Styles at Shenandoah University, her choreography has been seen in the conservatory’s following productions: 1776, Urinetown, Most Happy Fella’, A Funny Thing Happened on the Way to the Forum, A Chorus Line (co-directed with Jonathan Flom), She Loves Me, On the Town, Good News, Pippin, The Mikado, Take it Easy, How to Succeed in Business Without Really Trying, Playground, Children of Eden, and HMS Pinafore as well as these Shenandoah Summer Music Theatre productions: Sweet Charity, Chicago, Gigi, Oliver!, Damn Yankees, 110 in the Shade and A Chorus Line.

The recipient of an Outstanding Educator Citation from the Governor’s School of Virginia, she most recently directed and staged excerpts from the high school edition of A Chorus Line for the Academy at Metropolitan School of the Arts’ summer intensive.