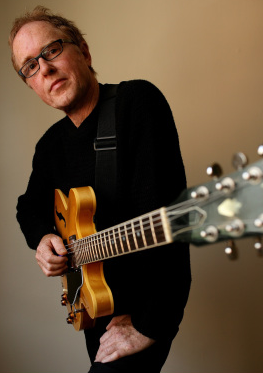 Grammy nominated guitarist/composer Jay Azzolina has been part of the New York Jazz scene for the past three decades. After leaving the “Berklee College of Music,” where Jay studied with Pat Metheny, Mick Goodrick and Charlie Banacos, the guitarist began working and recording in New York with a variety of artists.

Jay has also been a recurring accompanist for singers Michael Franks, Rickie Lee Jones, Manhattan Transfer and Sheila Jordan. As a leader, Jay has recorded four CDs of original compositions with some of the most influential players in Jazz, including Chris Potter, Adam Nussbaum, Larry Goldings, Gary Versace,Tim Ries and Greg Hutchinson. Jay continues to write and perform vigorously while maintaining a strong commitment to teaching and lecturing at The
University of Rhode Island.